The iconic Black French Manicure is having a moment.

It’s the perfect winter trend, and we see it everywhere on social media. But while the black-tipped French manicure may look modern, it’s actually a timeless classic.

Lately, talented nail artists are taking the black french manicure to the next level with their own modern spin. From negative space designs to matte finishes, there are endless ways to wear this trend.

But where did this trend come from - and what can its sudden resurgence teach us about fashion's ever-changing cycles? To know more, we need to start at the beginning.

​​Get the perfect at-home manicure in minutes with Smitten Tips gel nail polish strips! Made with real gel nail polish, our nail strips feature a semi-cure formulation for better fit and durability that lasts up to 14 days!

A Brief History of the Black French Manicure

So, where did the black french manicure come from?

This timeless classic was created in 1975 by the CEO of Orly International, Jeff Pink. At the time, actresses were changing their nail polish between outfits on set, which was time-consuming and expensive for the studio.

The innovative Jeff Pink came up with this iconic look that matched any outfit saving the studio money and time. This idea also had another perk: It made it easier for them to go from set to set without having to change their nails between takes!

Jeff knew this was a great business opportunity, so he launched his new product bringing this iconic look to everyone worldwide. Today we are seeing more black French tips all over social media! This striking black with a nude base is perfect for any skin tone and style!

The Black French Manicure looks so modern because it’s a departure from the classic French manicure.

A traditional French manicure first emerged in the late 18th century. At the time, it was considered very "chic" to have pale hands with well-manicured nails. So, women would use bleach to lighten the skin on their hands and then paint their nails with a white tip.

This look became popular in the early 20th century when actresses such as Greta Garbo and Marlene Dietrich popularized it. It was seen as very glamorous and chic, and women all over the world wanted to emulate this look.

The Black French Manicure takes the traditional French manicure and gives it a modern twist. Instead of a pale base with a white tip, you have a nude base with a black tip. This look is perfect for any occasion, and it’s easy to achieve with the help of a skilled nail technician.

But what if you don't have a nail technician?

You can still get great black french manicure results with the semi-cured gels from Smitten Tips. With easy application and a long-lasting finish, you can achieve a perfect at-home manicure with little effort. Click here to see the entire catalog of colors and designs! 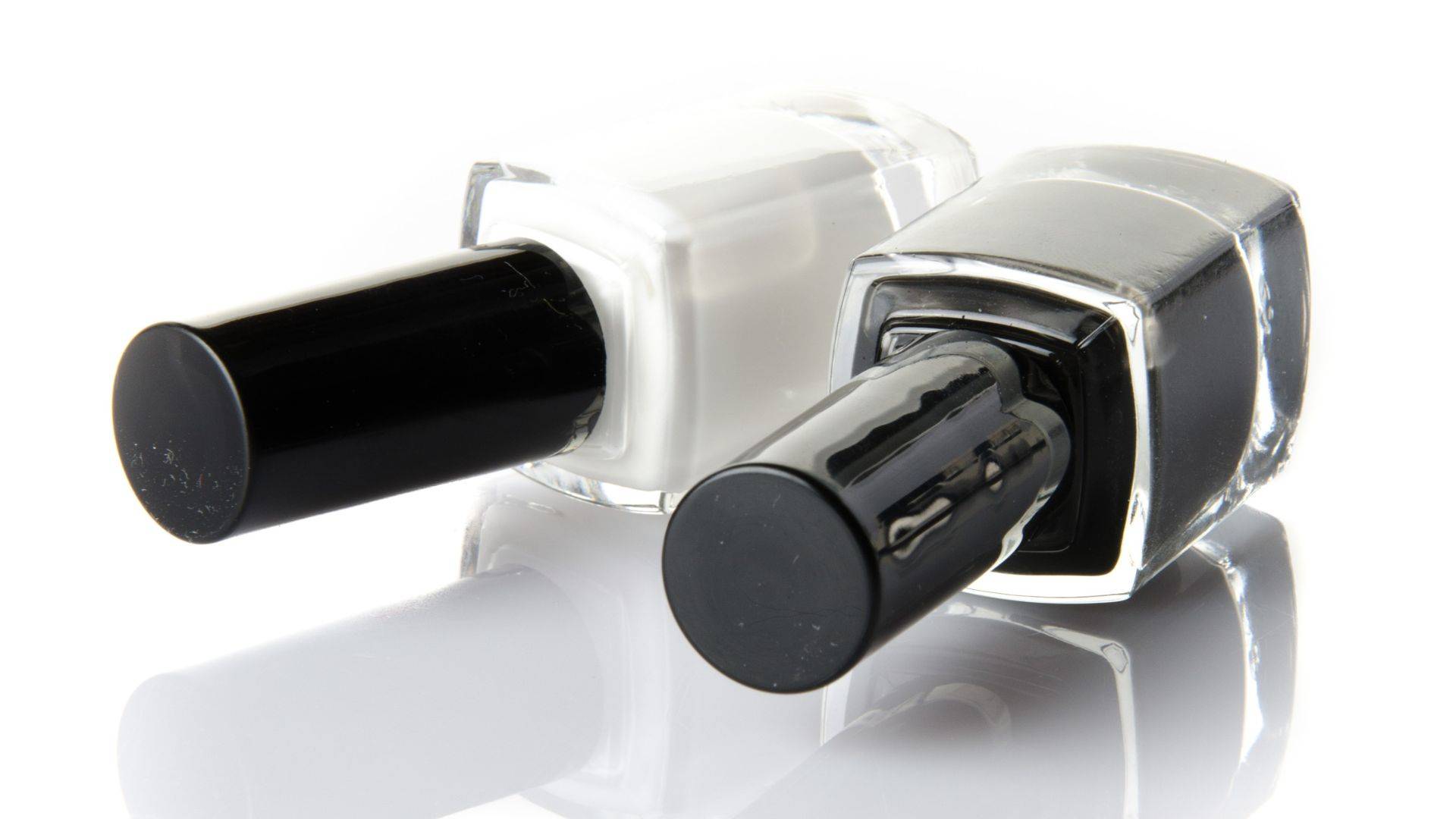 The Black French Manicure is having a moment, and we’re seeing it everywhere on social media and in the press. While this particular style is best suited for winter, you can wear the black-tipped French manicure all year round.

Today's nail artists are helping to keep this trend alive by putting their own spin on it. We’re seeing unique styles and modern takes on the classic look.

Here are just a few of the ways you can wear the Black French Manicure: 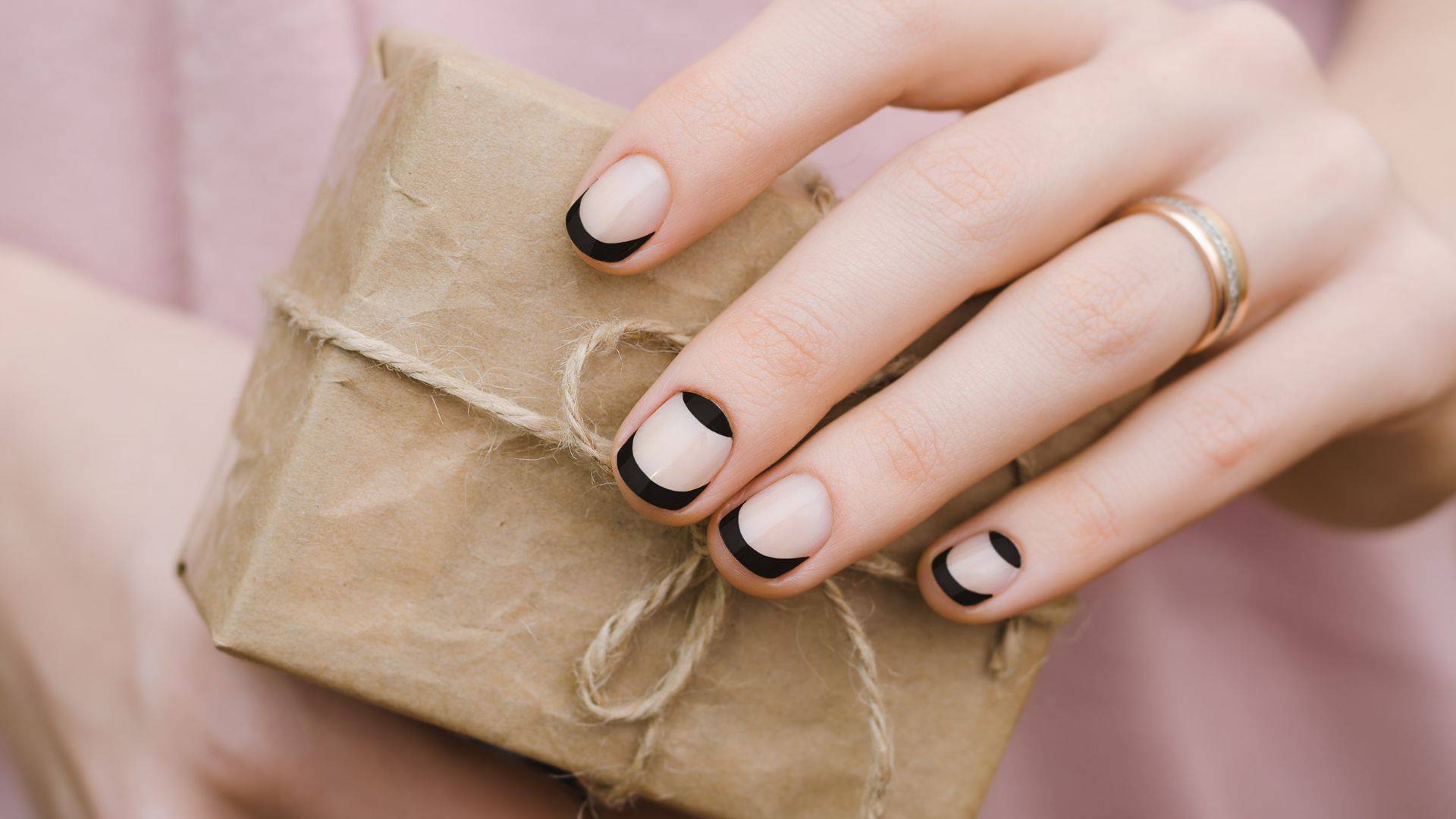 One way to wear the Black French Manicure is with a negative space design. This means that instead of having a solid black tip, you have a black tip with a small gap in between. This look is modern and unique, and it’s perfect for anyone who wants to experiment with the trend.Text 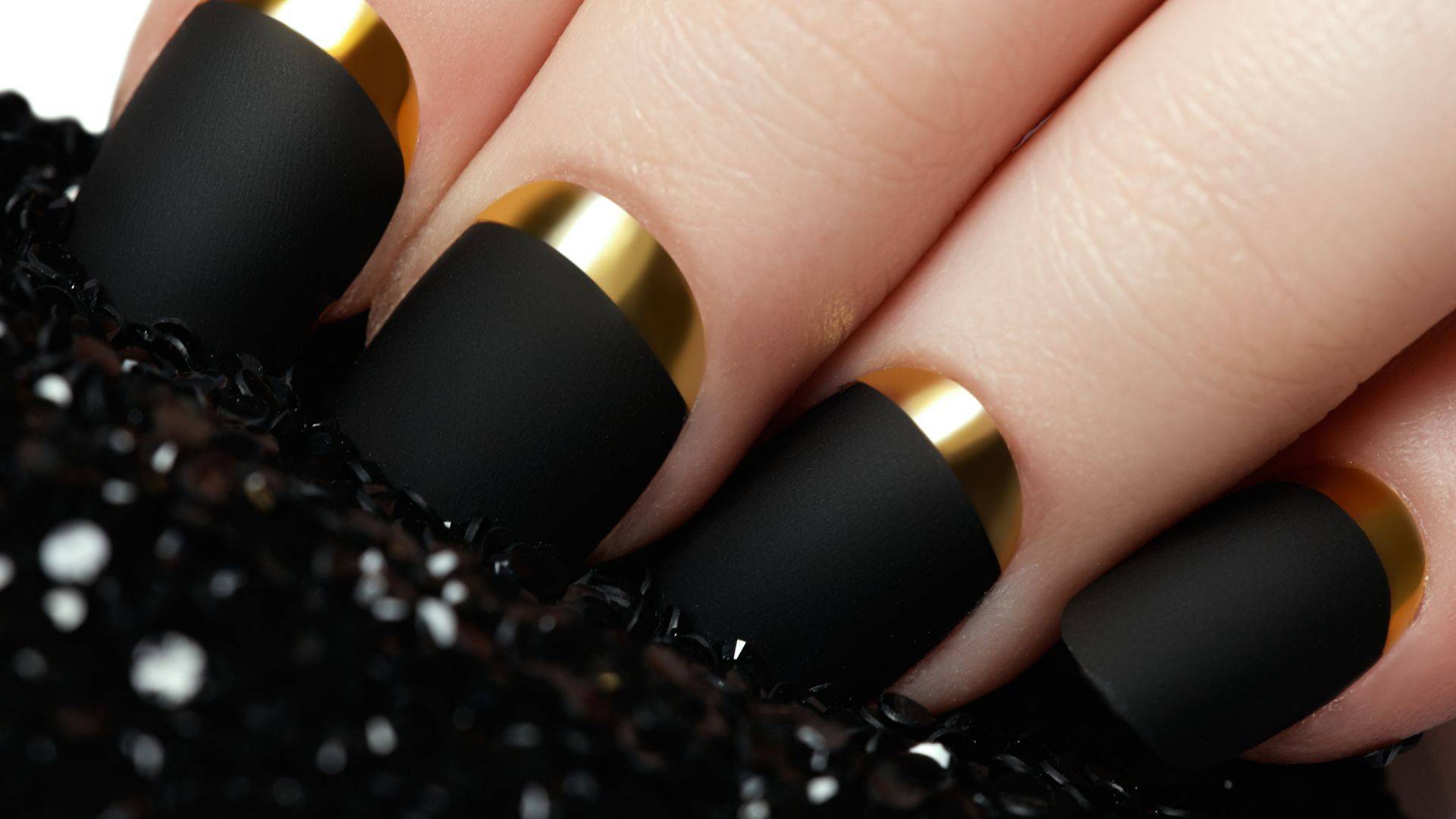 Another popular way to wear the Black French Manicure is with a matte finish. This gives the nails a modern and edgy look, and it’s perfect for anyone who wants to make a statement. If you want to try this style, make sure you use a matte top coat to achieve the desired effect. 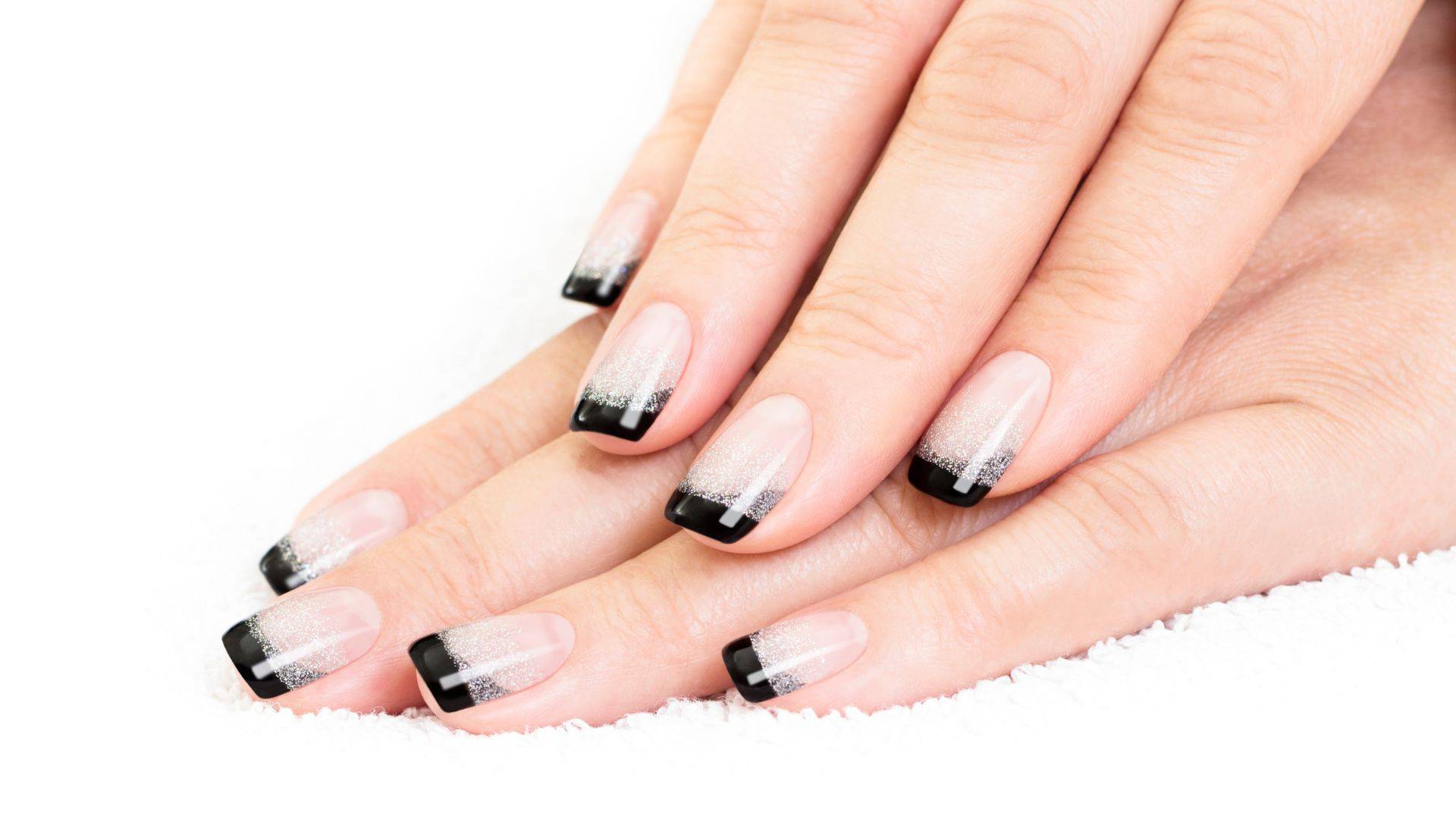 If you want to add some sparkle to your Black French Manicure, you can opt for glitter tips. This is a fun and festive way to wear the trend, and it’s perfect for any holiday party or event. You can use any color of glitter you want, but we recommend sticking to classic silver or gold.

If you’re looking for a more subtle way to wear the Black French Manicure, you can try an ombre design. This means that the black tips gradually get lighter as they reach the cuticle. Ombre is a beautiful and elegant way to wear the trend, and it’s perfect for any formal occasion. 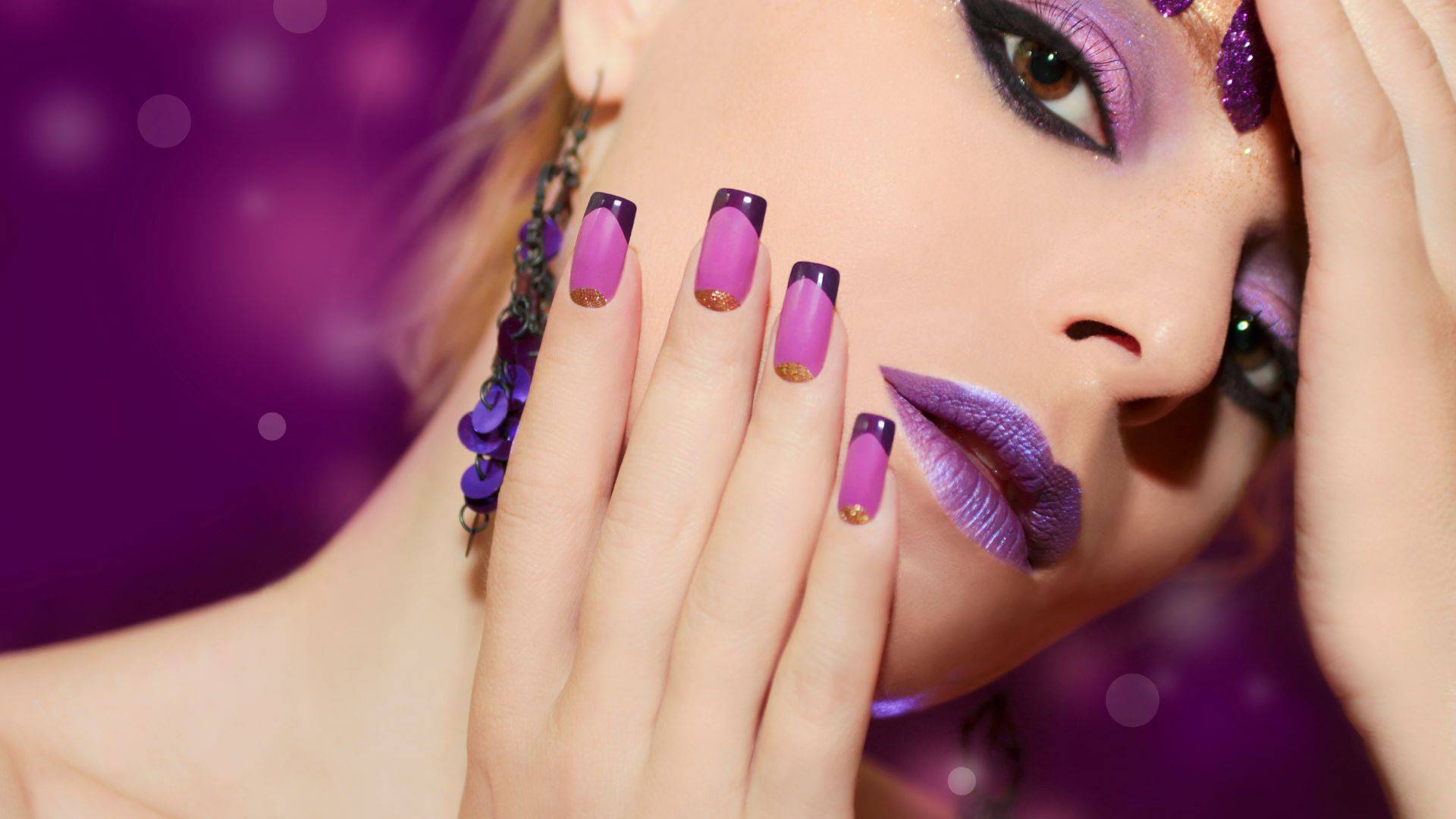 If you want to make a statement with your Black French Manicure, you can opt for bold colors. This is a great way to experiment with the trend, and it’s perfect for anyone who wants to add a pop of color to their look. You can use any color you want, but we recommend sticking to brighter shades like pink, blue, or purple.

Tips for How to Get the Perfect Black French Manicure

If you’re interested in trying this timeless trend, you should keep a few things in mind.

1. Choose the Right Nude Base

The key to a perfect Black French Manicure is finding the right nude base. This shade should complement your skin tone and be light enough to contrast with the black tips. If you’re not sure which shade to choose, we recommend opting for a classic pink or beige.

Another thing to keep in mind when choosing a Black French Manicure is your nail length. If you have short nails, you may want to opt for a shorter black tip. This will help to proportion the look and make your nails appear longer. 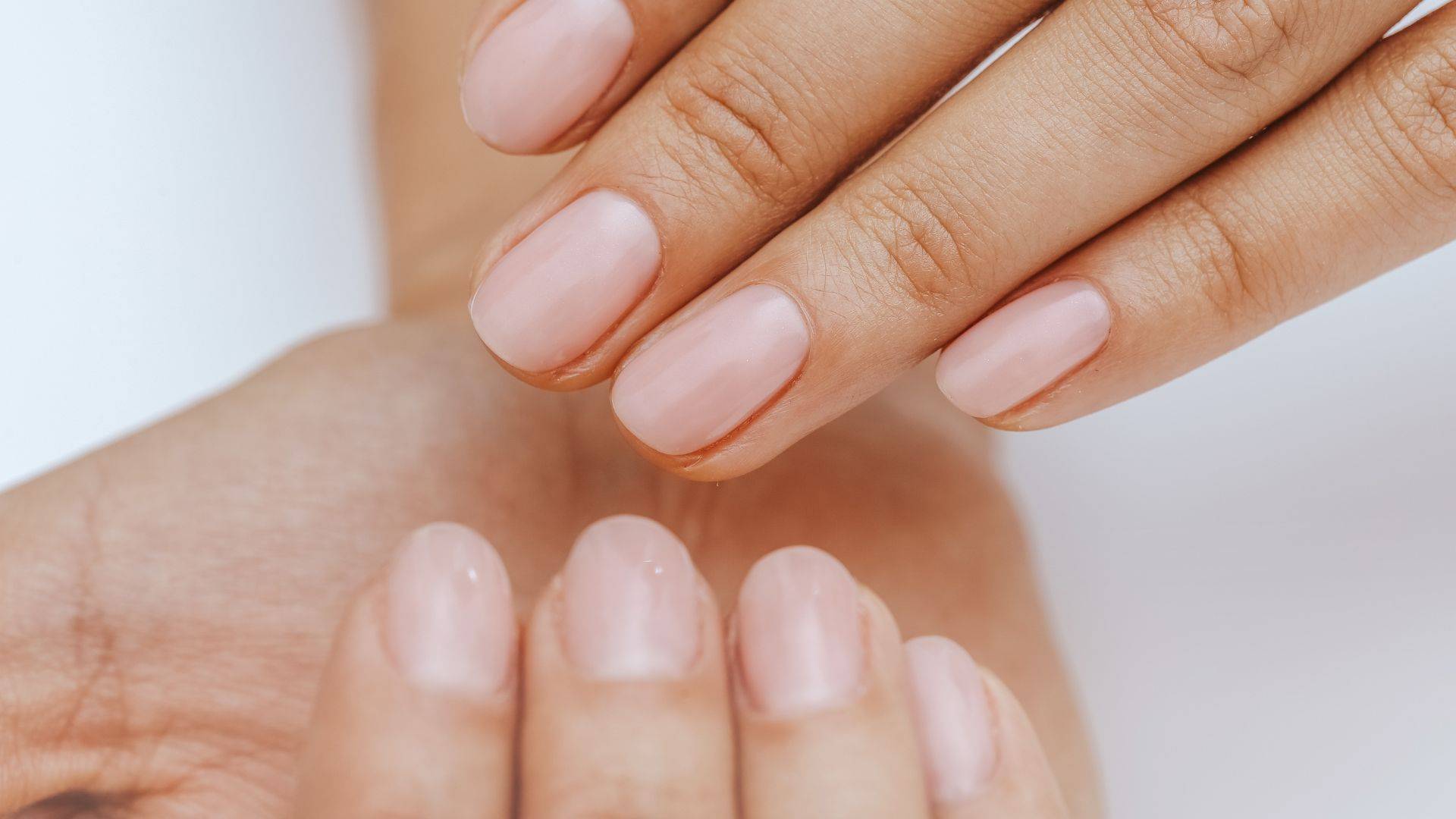 3. Go to a Professional

If you’re not confident in your ability to achieve the perfect Black French Manicure, we recommend going to a professional. A skilled nail technician will be able to create the look you want, and they will also be able to advise you on the best products and shades to use. 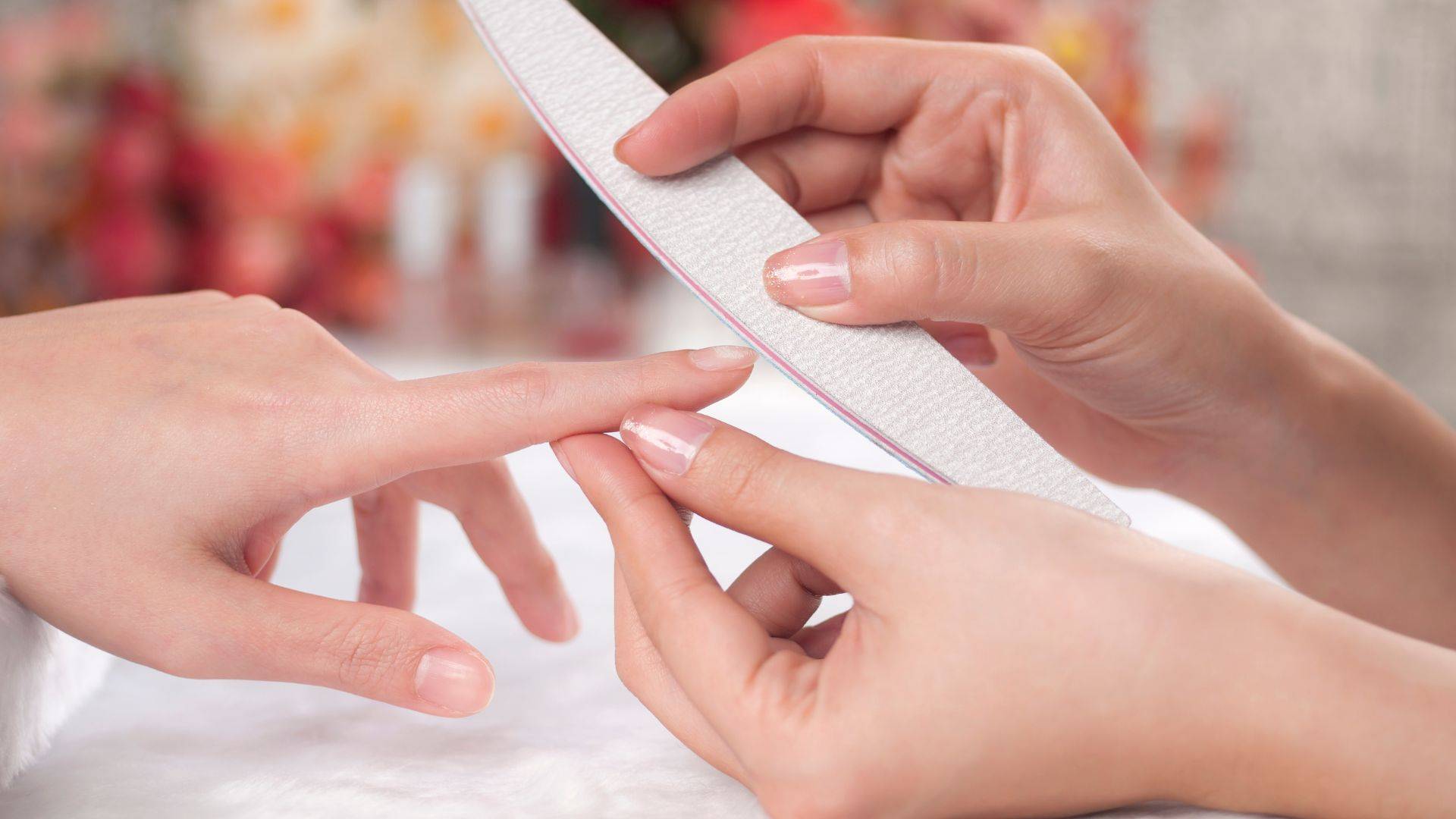 Quality is key when it comes to achieving the perfect Black French Manicure. We recommend using high-quality nail polish and top coat to achieve a long-lasting and professional-looking finish. If you purchase tips online, make sure they’re made from high-quality materials that offer multiple health benefits. At Smitten Tips, we offer a base coat polish that’s made with premium, hema-free ingredients that last!

One of the most important things to remember when creating a Black French Manicure is to give yourself time. This look takes time and patience, so make sure you have both before you start. We also recommend practicing on a fake nail or nail tip before you start, so you can get a feel for the process. Short on time? Looking for a way to get salon-quality nails, but don't have time to go? Try Smitten Tips, our semi-cured gel that gives you salon-grade nails in 4 simple steps. Click here to learn more!

Get the Perfect Black French Manicure with Smitten Tips

The Black French Manicure is a timeless trend that’s perfect for any occasion. If you are short on time or don't have the skills to achieve this look, check out One Kiss - the signature Smitten Tips Black French Tip design.

Our designs are one-of-a-kind hand painted by the founder. Plus, our collections are produced in small batches for optimal quality - so get your favorite looks before they are gone!

Our premium nails are available in twelve size options, and our small batch production ensures the highest level of quality. Each package includes 30 strips for up to two applications.

Show off your unique style with our Premium collection of gel press-on nails. These unique designs are hand-crafted with attention to detail and feature glamorous details like glitter, color splashes, holographic layers, and more - including black french manicure! 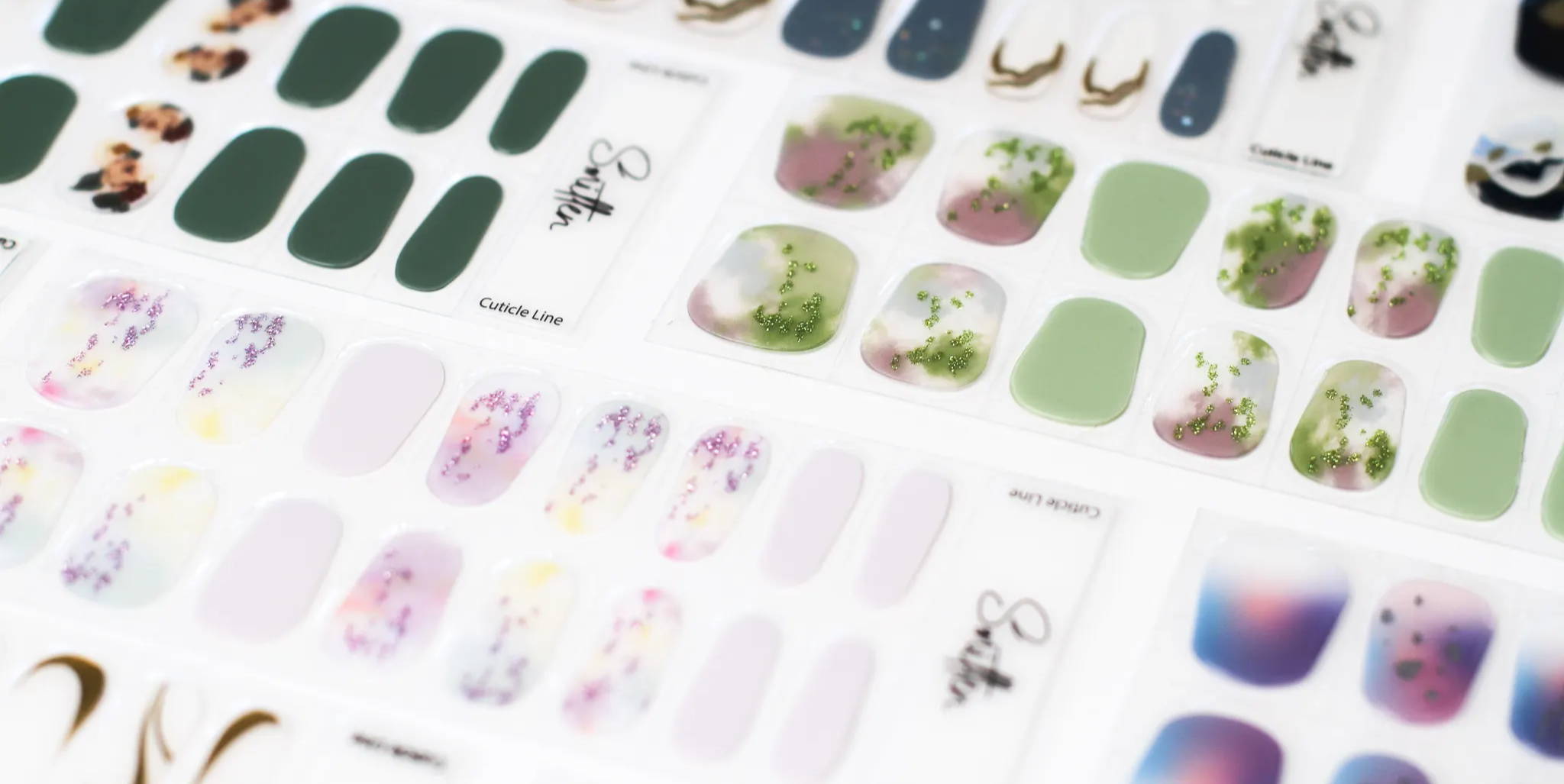 Smitten Tips gel nail polish strips make it easy to get the perfect at-home manicure in minutes. Made with real nail polish, our nail strips feature a semi-cure formulation for better fit and durability that lasts up to 14 days!

How to use gel extensions with semi-cure gel nail strips

Our nail polish strips are super easy to apply and cure.

Our products are not tested on animals and do not contain animal products.

We offer free standard shipping for orders over $18.